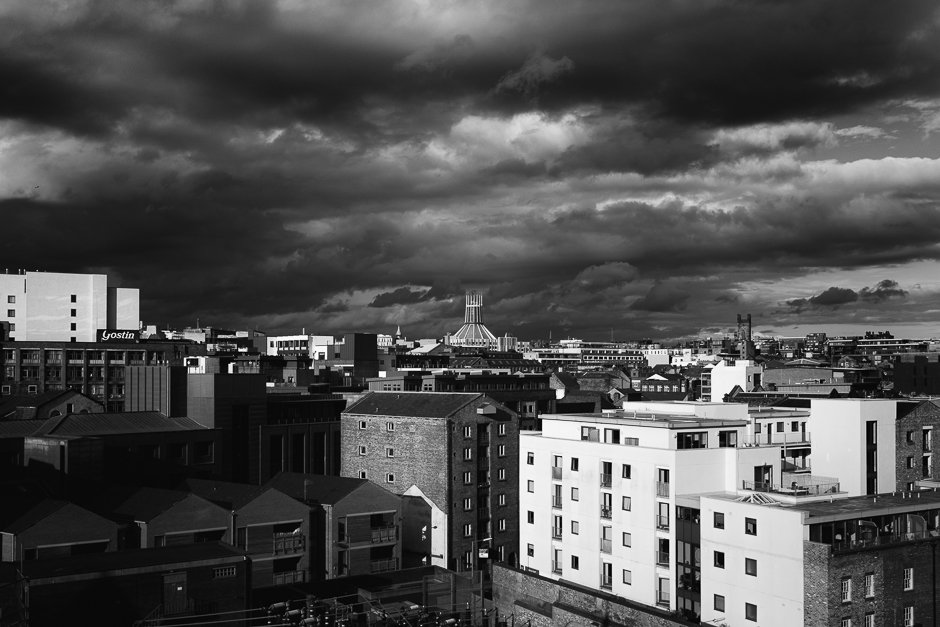 Most of the photos I have of the Liverpool skyline are taken from the Wirral so I fancied seeing if I could get a few from the city itself.  I like how the Catholic Cathedral looks a little like a jewel in the crown in the main shot above. 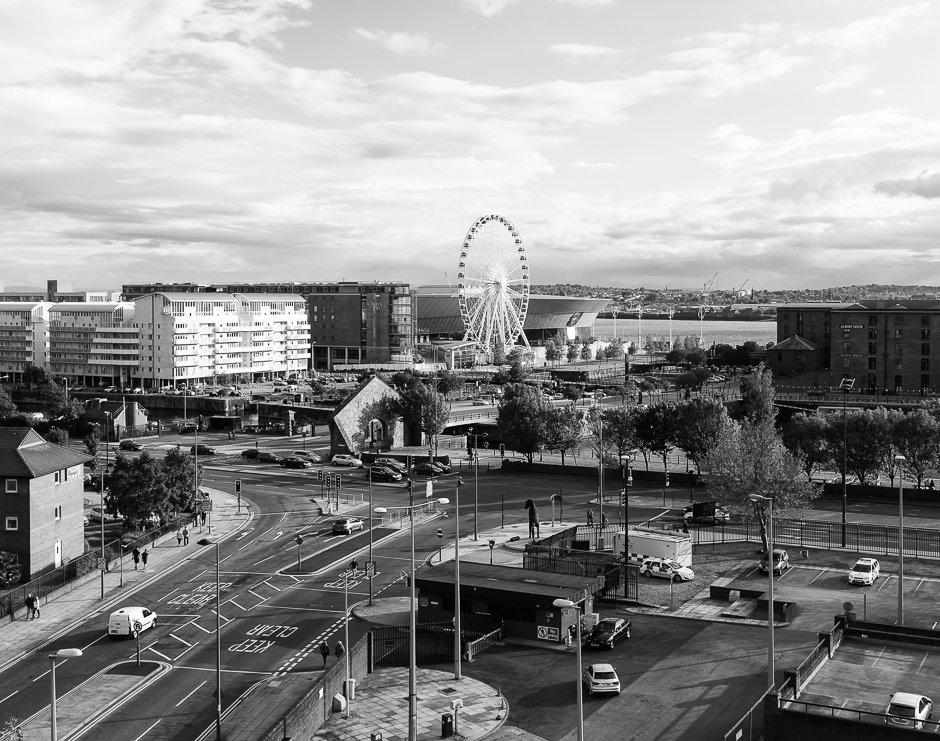 I’ve been trying to find a different angle of the Echo Wheel for a while and this is definitely a contender. I’ll have to come back for a long exposure or night time shot from this angle.

The X100s comes with a built-in panorama mode – panoramics are something I’ve experimented with in the past with mixed results and enthusiasm- click on the image below for a bigger version.

I was particularly keen to get the Catholic Cathedral,  St.Lukes and the Catholic Cathedral featured in a equidistant rule of thirds type way. This was my fifth or sixth attempt and was as close as I got.  A useful tool to have available but I’m not sure I’d use it for anything ‘serious’ until I’ve had more of a play with it.  I’ve never actually printed a panorama off at any kind of decent size which I think restricts my appreciation of them – if anyone can recommend a good printer that does that kind of format please let me know! 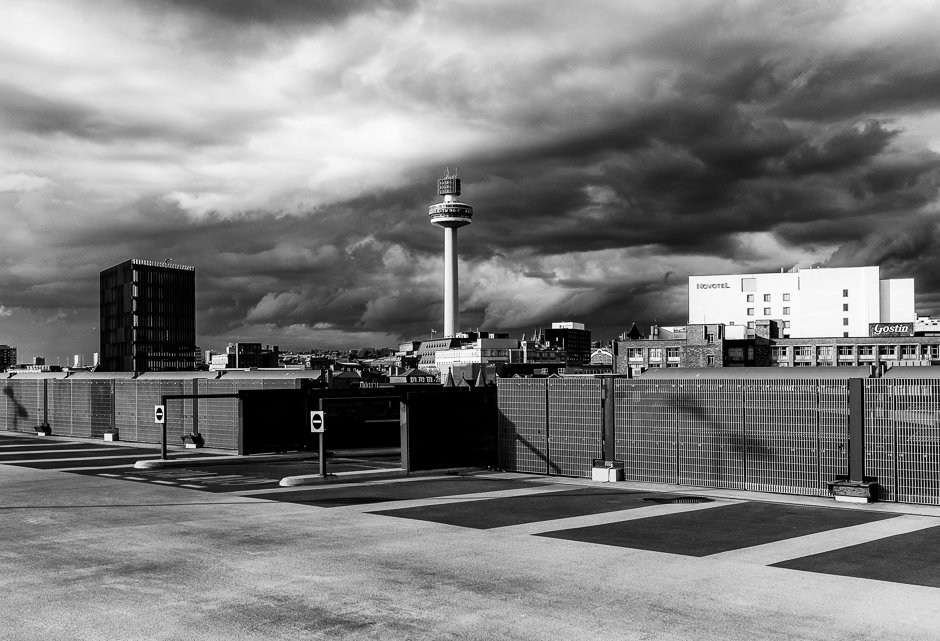 And finally one of the more divisive elements in the Liverpool skyline – St John’s Beacon/The Radio City Tower.  The Wiki entry for the tower is an interesting read – I didn’t know it was originally planned to be a ventilation shaft for the market and that the machinery that used to revolve the restaurant is still in place. Going up the Tower for a look around is something I’ve not got around to and I’m also the only person who owns a camera in Liverpool that still hasn’t been up the Anglican Cathedral to get some shots from there so hopefully we’ll get some good weather with associated sunsets so I can get some similar shots from those locations.