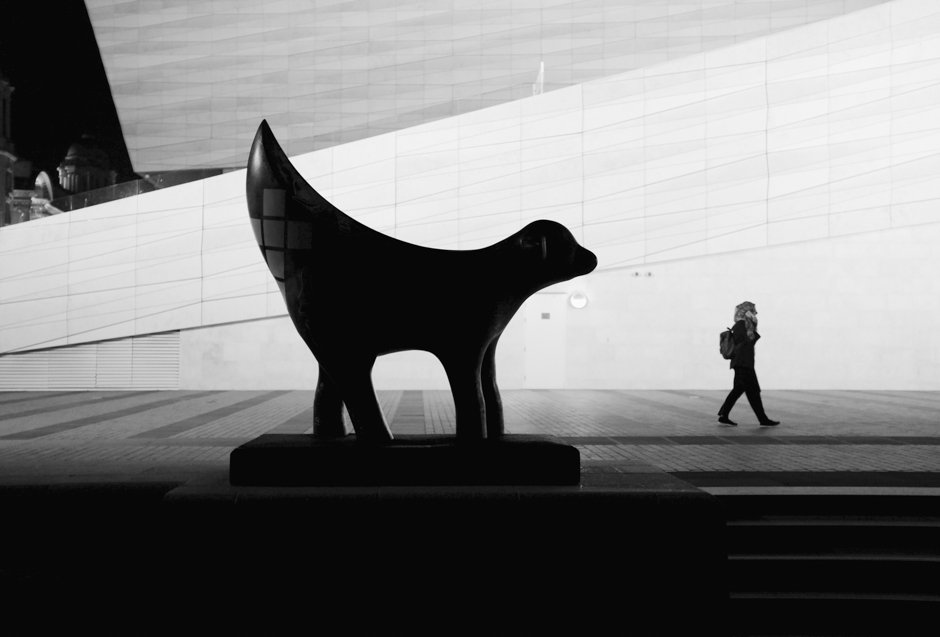 A Superlambanana silhouetted against the stark white of the Liverpool Museum.

Photographing the collection of Superlambananas outside the museum made me think about what the proper collective noun for SLBs should be?

I asked on Twitter & Facebook and got  ‘landslide’, ‘plummet’ (the proper collective noun for lambs is a ‘fall’), ‘skin’ (nod to the banana makeup of the SLB) and somewhat less kindly ‘destroy’ and ‘eyesore’, which leads me to believe that SLBs aren’t as universally loved as I thought they were?

I’ve decided I like plummet of Superlambananas the best – thanks to those who suggested ideas! 🙂