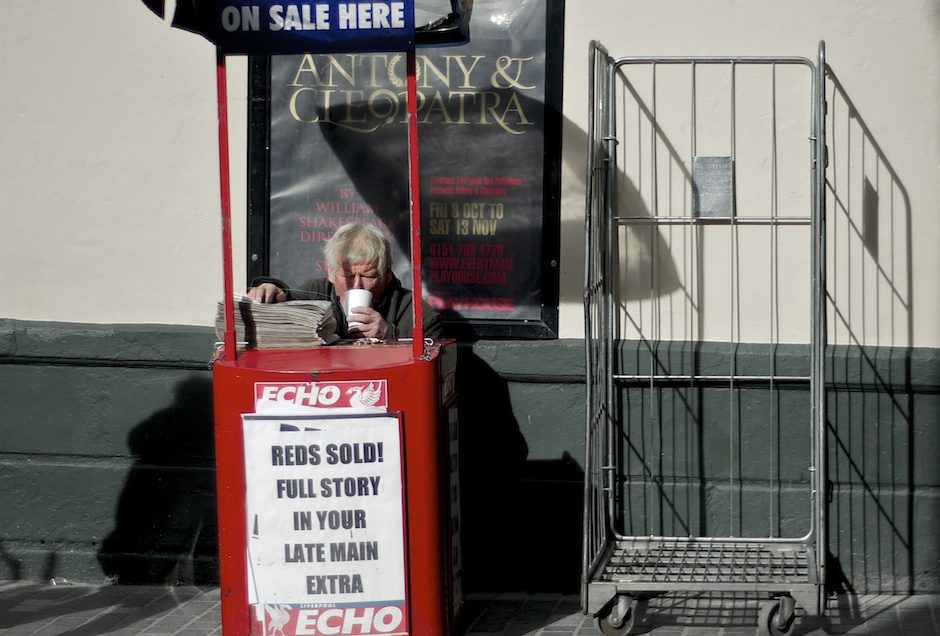 Last night and today has (hopefully?) brought some fantastic news for Liverpool fans – the process of removing our current owners, Tom Hicks and George Gillett, seems to have begun.  The owners have not been able to fulfil any of the promises they made when they took over the club and have been the subject of a long running removal campaign by the clubs fans.

Our new prospective owners, New England Sports Ventures,  also run the Boston Red Sox and from what I’ve read today are held in great regard in the States so hopefully things are looking up.  Given the way the last couple of years have panned out, I think the vast majority of LFC fans are optimistic but cautious.

Anyway, back to the photo – the Liverpool Echo has loads of these stands dotted around the city, staffed by some great characters but this fella outside The Empire is my favourite.  He’s been standing there – rain, shine, snow, whatever – for years.  I was trying to think of an image that could fit with today’s news and he came to mind.