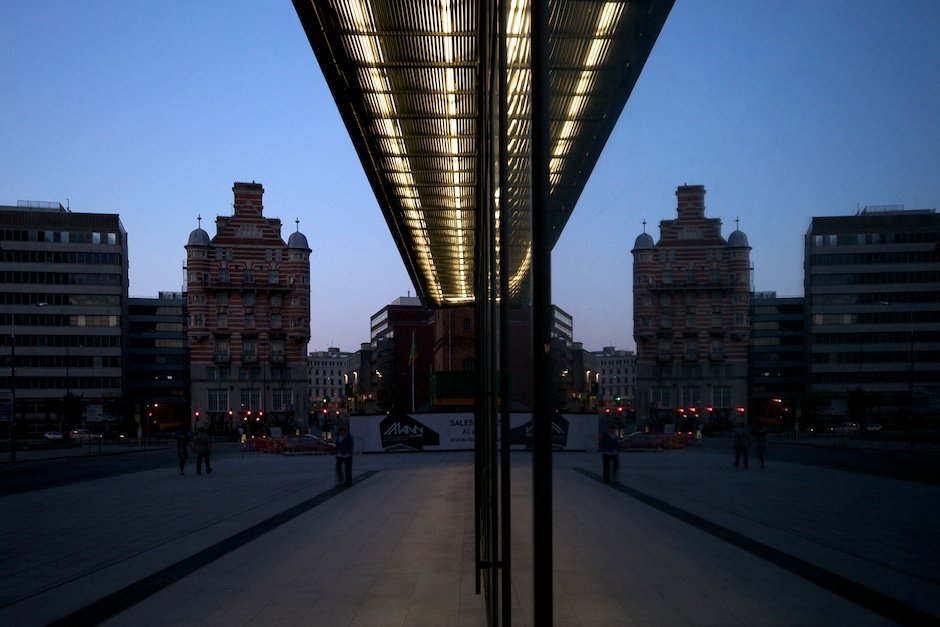 Third in a series of comparisons between the old buildings on the Liverpool waterfront and the new – here Albion House is reflected in the Latitude building at Mann Island.

Albion House is also known as The White Star Building – apparently in 1912, after the news of the sinking of the Titanic got back to Liverpool, the company’s management were too afraid to leave the building and instead read the names of the dead from the balcony.