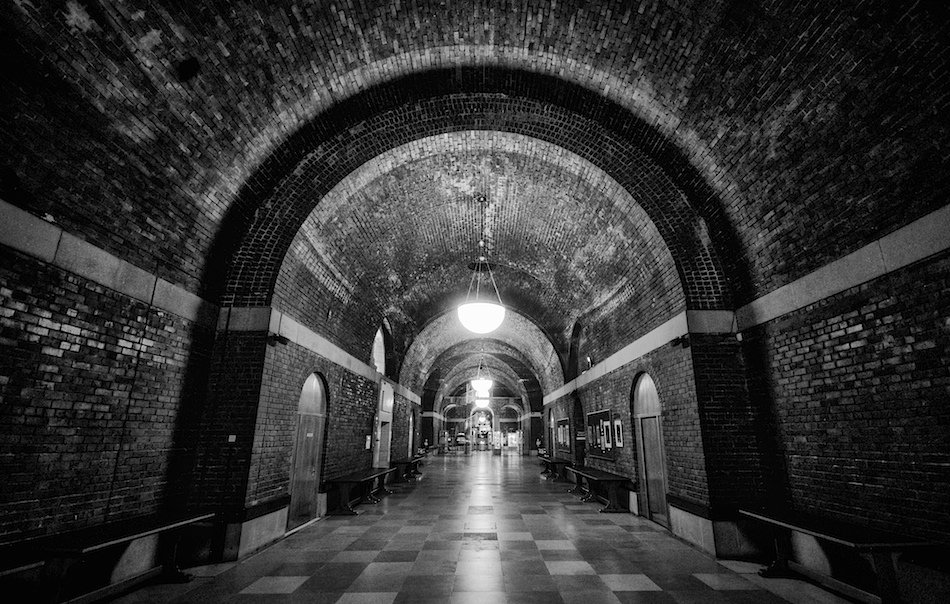 Lutyens Crypt, underneath the Metropolitan (Catholic) Cathedral.  Edwin Lutyens original design for the Cathedral would have made it the second largest in the world but the onset of World War II stopped construction (the unfinished crypt was used as an air raid shelter during the war).  After the war a lack of funds meant that a new design was necessary and the new cathedral stands on top of the crypt.

This was my first time down in the crypt and it’s a beautiful space.  I’m only really familiar with it as CAMRA hold a beer festival down there every year – seems like an odd place for a beer festival?  It’s definitely worth a visit, beer drinker or not.

Had a look around your site and you have some really good shots..I especially like the ‘Calm’ shot.

Hi, i subscribed to the email blog but when it comes through i dont see any picture. is there a problem your end or mine?
i receive others ok.

[…] architectural features of Liverpool, it is well worth a visit for the stunning light inside and the crypt underneath.  The cathedral’s back story is extensive and is worth a read if you’ve got a […]