More colour, as promised!  Even if the colour is mostly blue…

My ongoing battle with whoever it is replaces bulbs in Liverpool continues in the shot above.

The Merchant Navy memorial at the Pier Head. I like the contrast of the stark white stone against the blue water in the background. 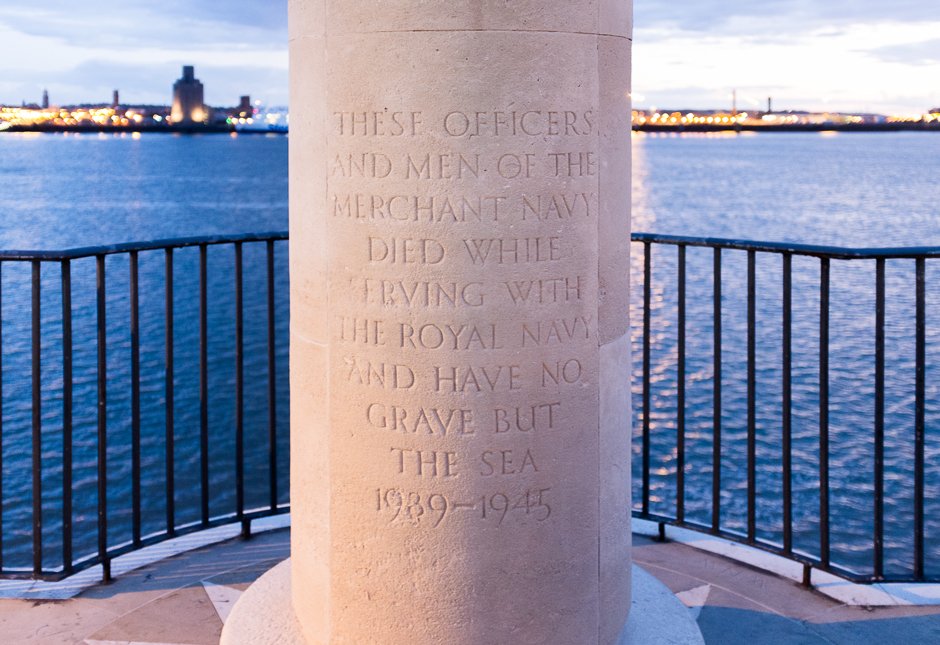 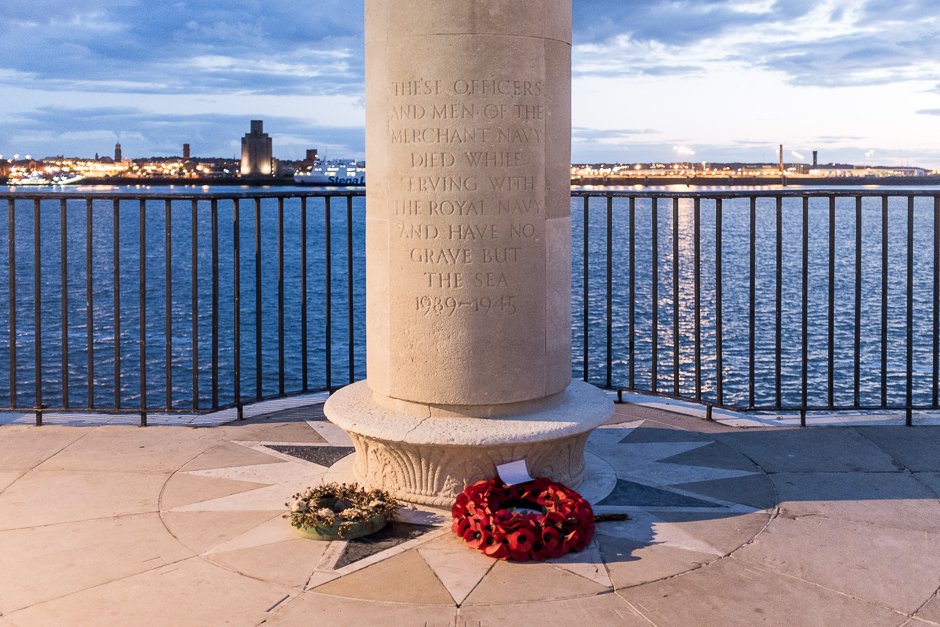 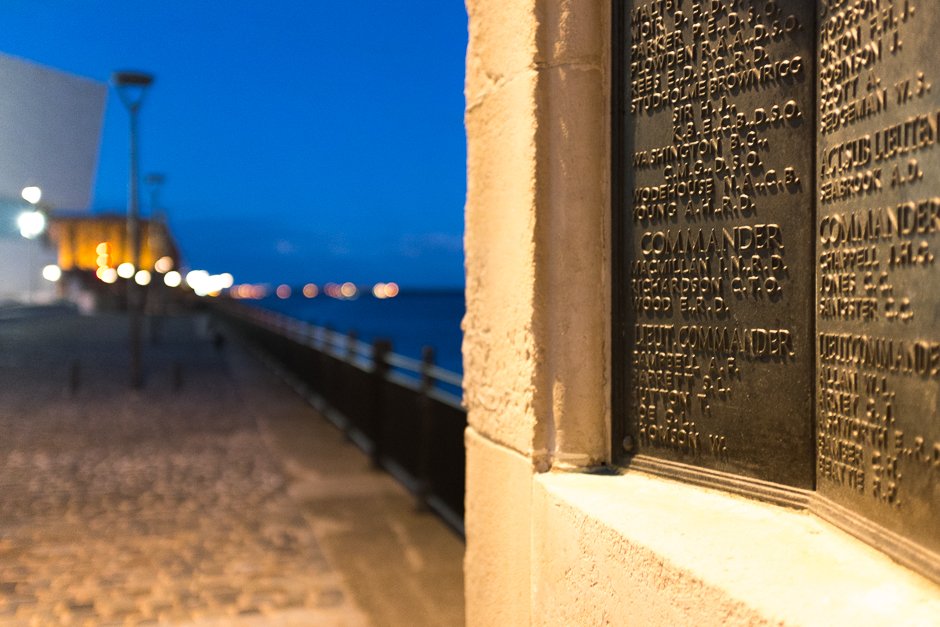 Someone has tied a Union Jack around the Captain ‘Johnnie’ Walker statue, presumably after the recent Battle of the Atlantic anniversary celebrations. 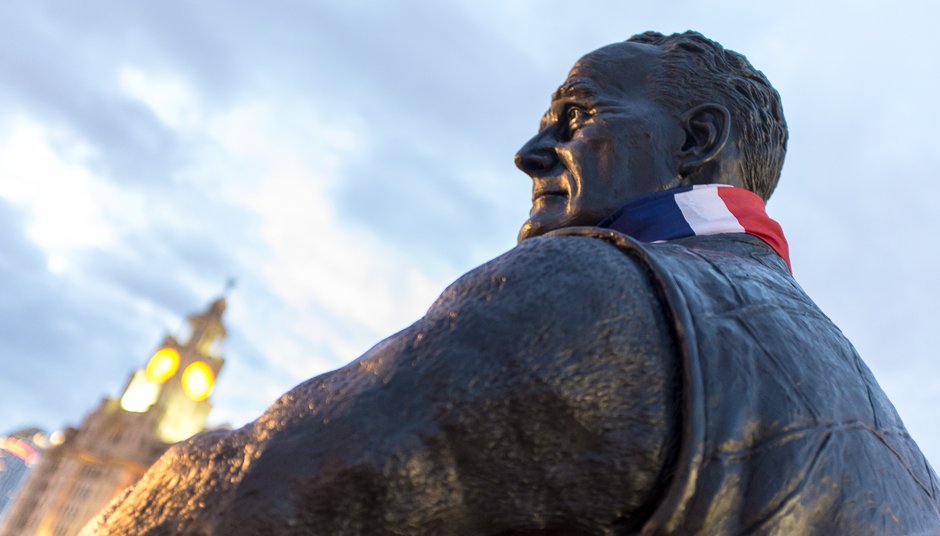 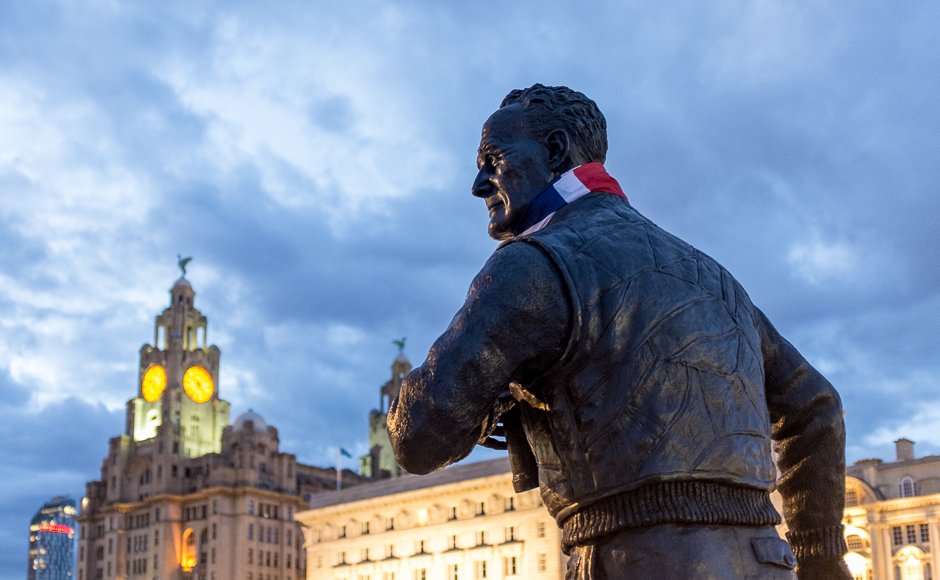 I’ve never noticed the silhouette potential from the bright exterior of the Museum of Liverpool before – some potential there I think. 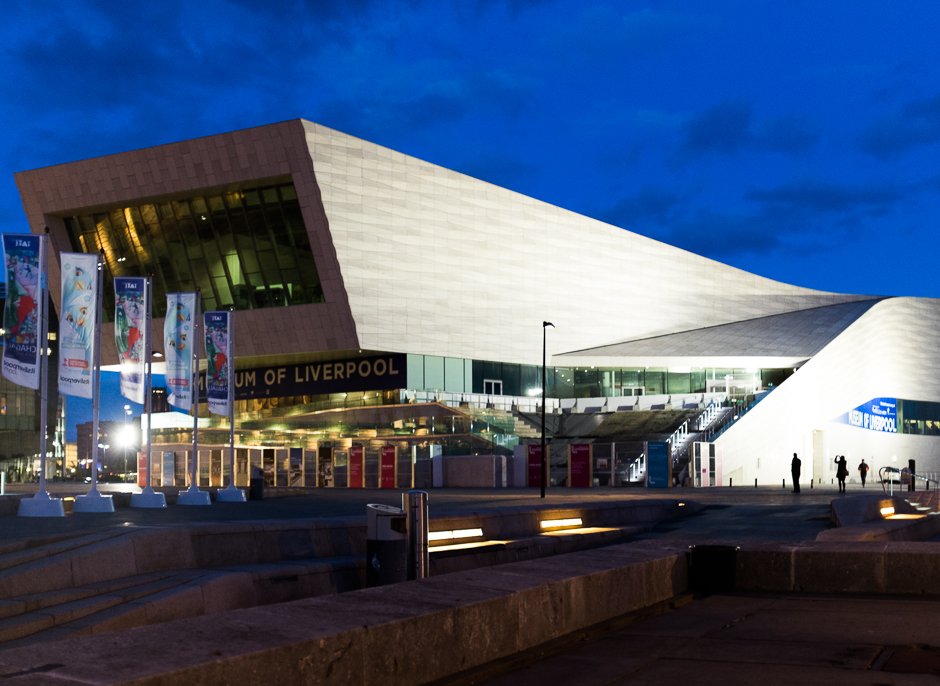 All of these shot were taken hand held with the X100s, it’s absolutely perfect for this kind of meandering photo walk.