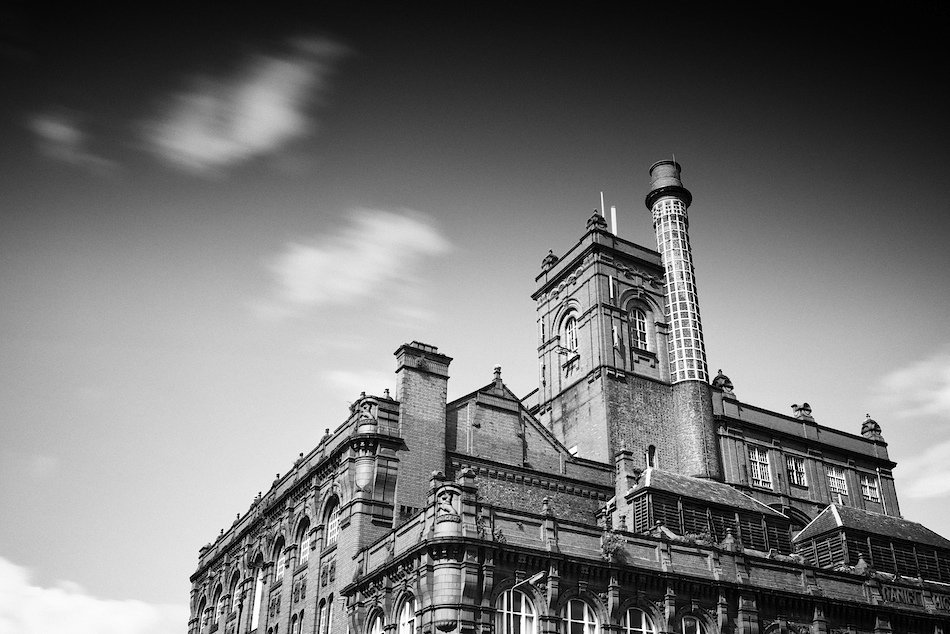 Last on in the series of dubiousness.  This is Cains Brewery, right on the edge of the city centre.  It’s a weird but fantastic building – I’ve had a few attempts at doing the long exposure thing here and this is the best I’ve managed.  It’s difficult to try and do the long exposure shots here as it’s on the edge of a very long road and standing at the side of it with a tripod makes people think you’re a cozzer with a speed gun – been called a few nasty things trying to get this shot!