Buried along with her name 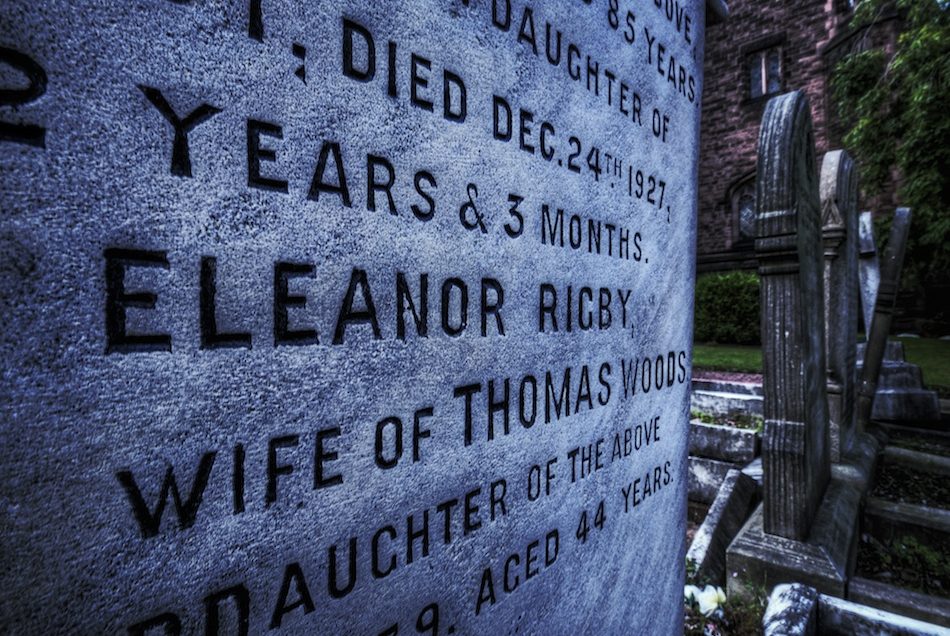 In honour of this weekends Mathew Street Festival, I thought I’d do a Beatles based photo. This grave is located in St. Peter’s Parish Church in Woolton which is where the Lennon & McCartney first met but Paul McCartney has denied ever seeing the gravestone.  Cool snippet from Wikipedia:

“In June 1990, McCartney donated a document dating from 1911 which had been signed by the 16-year-old Eleanor Rigby to Sunbeams Music Trust [1], instantly attracted significant international interest from collectors because of the significance and provenance of the document.[22] The nearly 100-year-old document was sold at auction in November 2008 for £115,000.[23] The Daily Telegraph reported that the uncovered document “is a 97-year-old salary register from Liverpool City Hospital.” The name E. Rigby is printed on the register, and she is identified as a scullery maid. Her great grand-daughter is actress Emma Rigby.”

Going to try and get out around the festival this weekend so hopefully the weather will stay nice! Not holding me breath though….