Allerton in the snow

We don’t often get ‘proper’ snow here in Liverpool – I don’t know if it’s because we’re close to the coast but snow has a tendency to pass us by or if it does snow, it’s a little bit half-hearted and turns to slush quite quickly.  I was in a restaurant for most of last night and could see some snow falling from where we were sat but hadn’t realised how much until I got outside.  When I realised it was coming down and sticking, I went home and grabbed my camera and the Nikon 35mm 1.8 I’ve been banging on about so much and headed out for a quick walk around the neighbourhood. 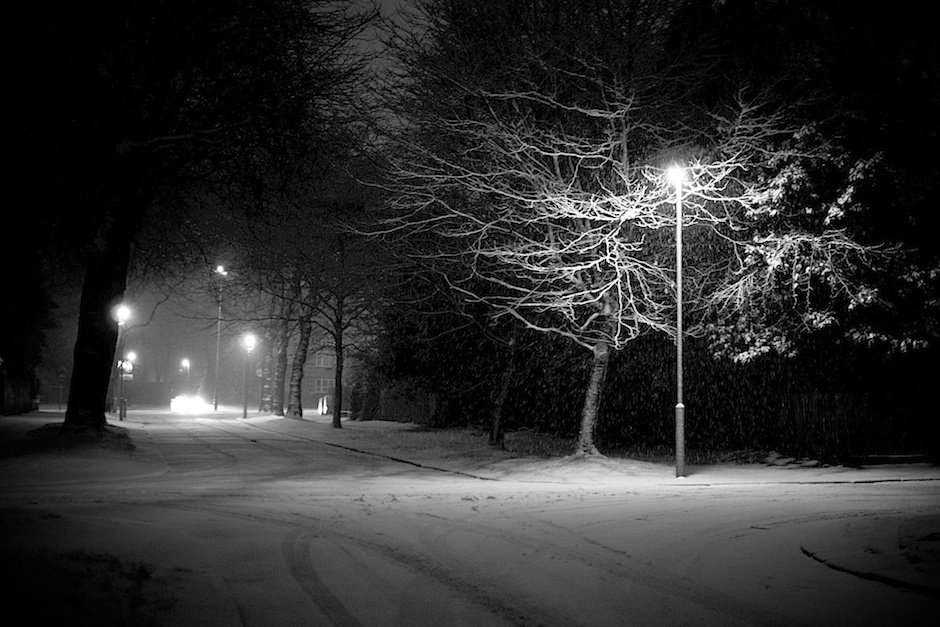 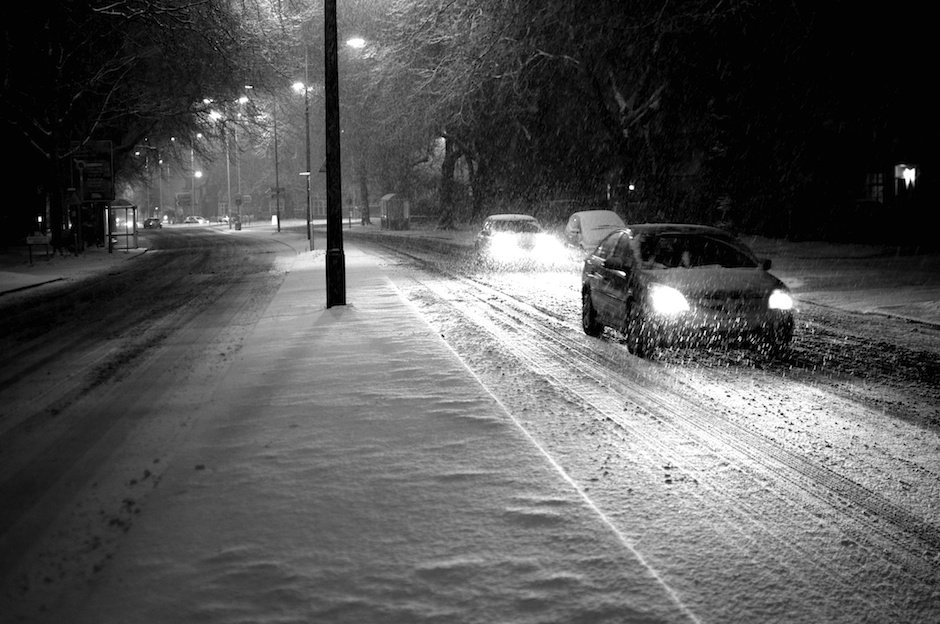 The 35mm is really perfect for these kinds of low light shots. The snow was properly coming down as you can see in the lights of the shots above and below so these are really snapshots as I wasn’t really that keen on testing the sealing on my camera.

This house is around the corner from us – the people that live there put the fairy lights up in the ivy around their door  at Christmas and they seem to have decided to leave them up.  They looked lovely in the snow. 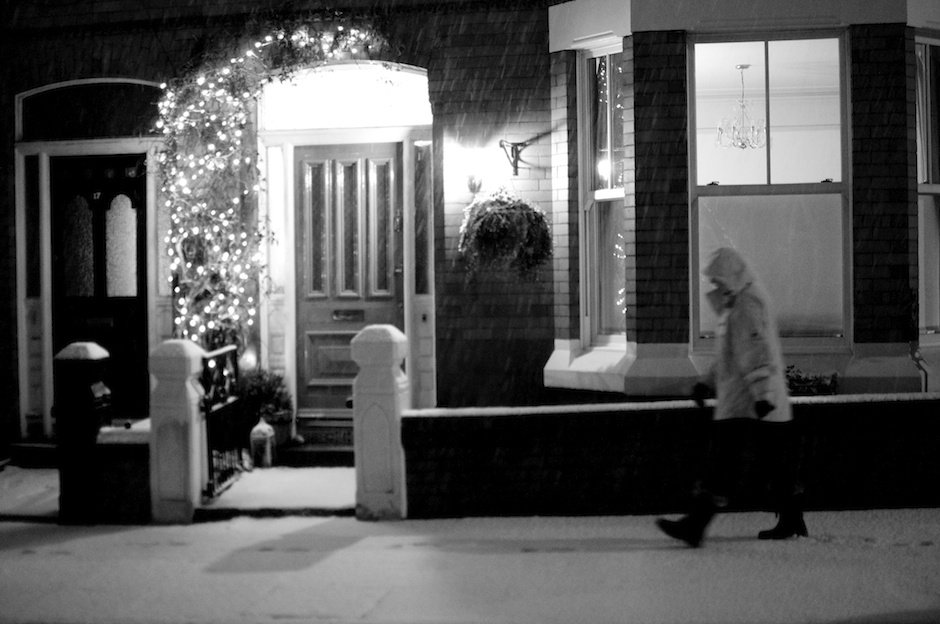 There was still plenty of people about despite the fact it was nigh on a blizzard.  Tons of people out voluntarily (in the bars on Allerton Road) and those with no choice, walking the dog or community supporting. 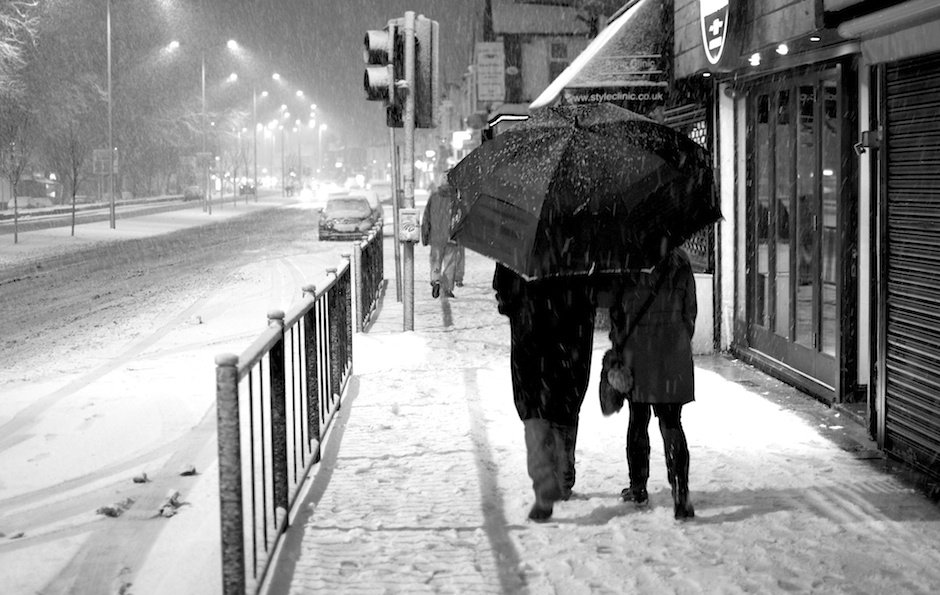 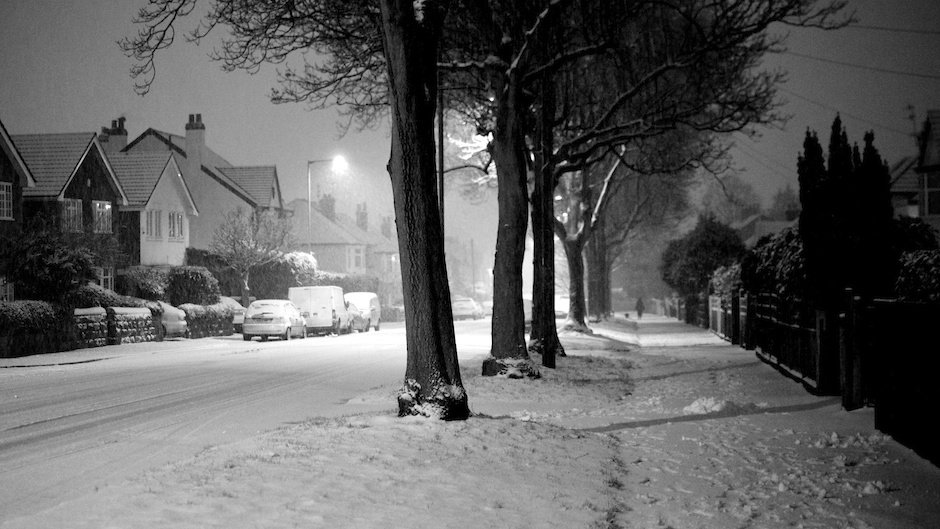 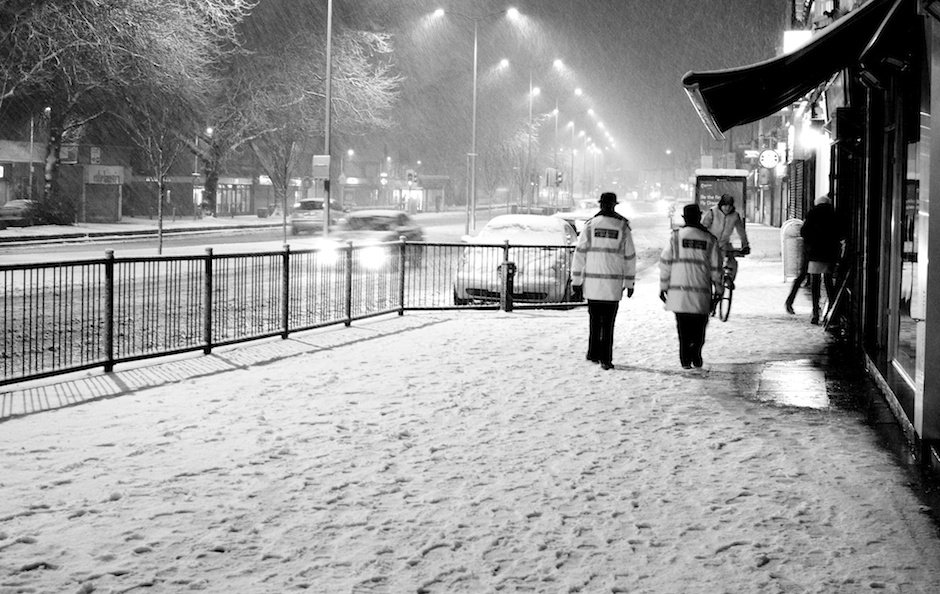 These shots are all processed in black and white because I think night snow shots suit black and white and some of the old fashioned streetlights around here give everything in the snow an orange glow that doesn’t look that great, even corrected. 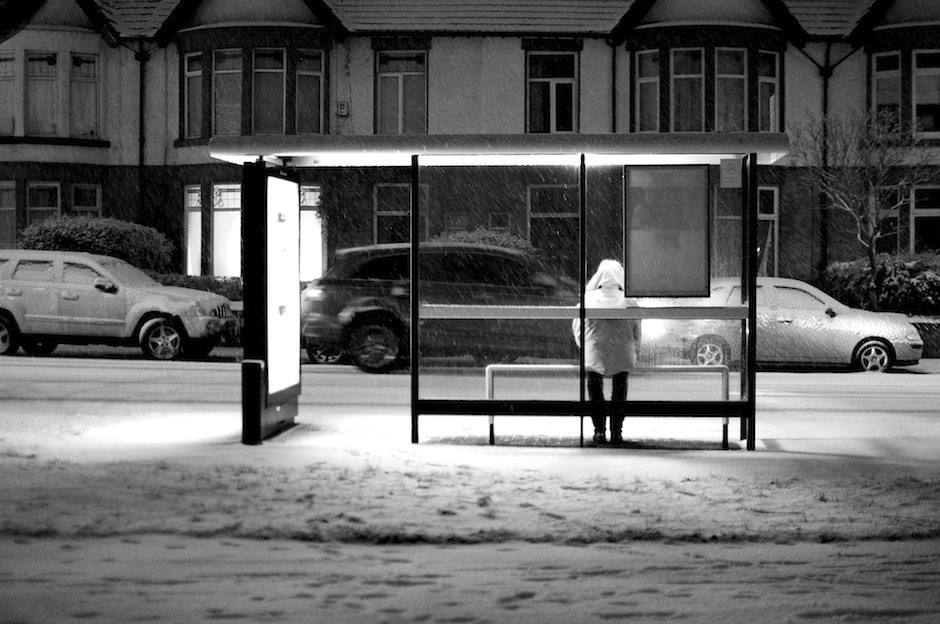 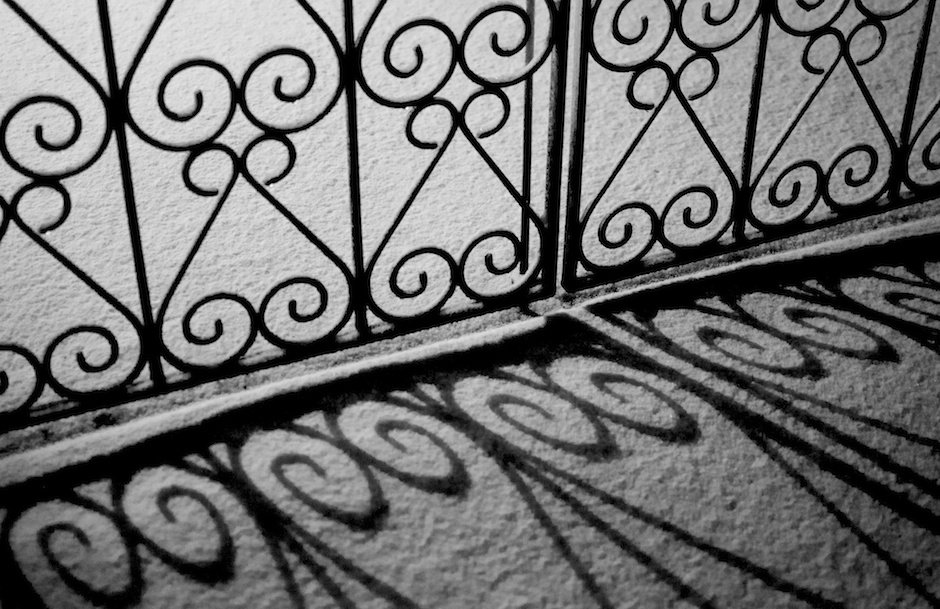 This shot needed to be colour though – a flower poking through the snow. 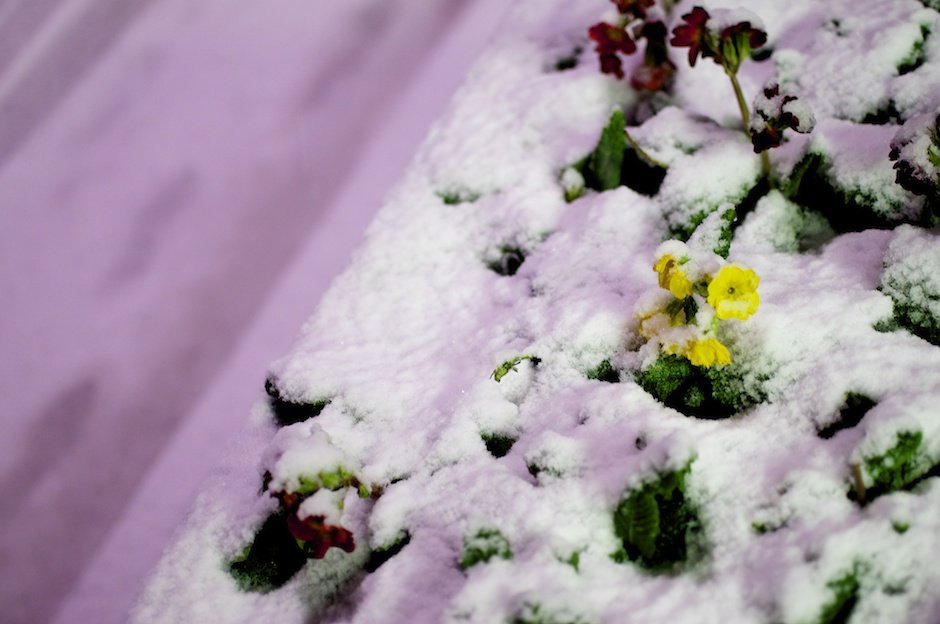 The snow is already mostly gone and it’s due to be double figures warm in the week so I’m glad I managed to get out when I did and grab these shots.

Was the one with the flowers just for me? They are all lovely and like you say worth taking as we never get proper snow (glad its gone though!)