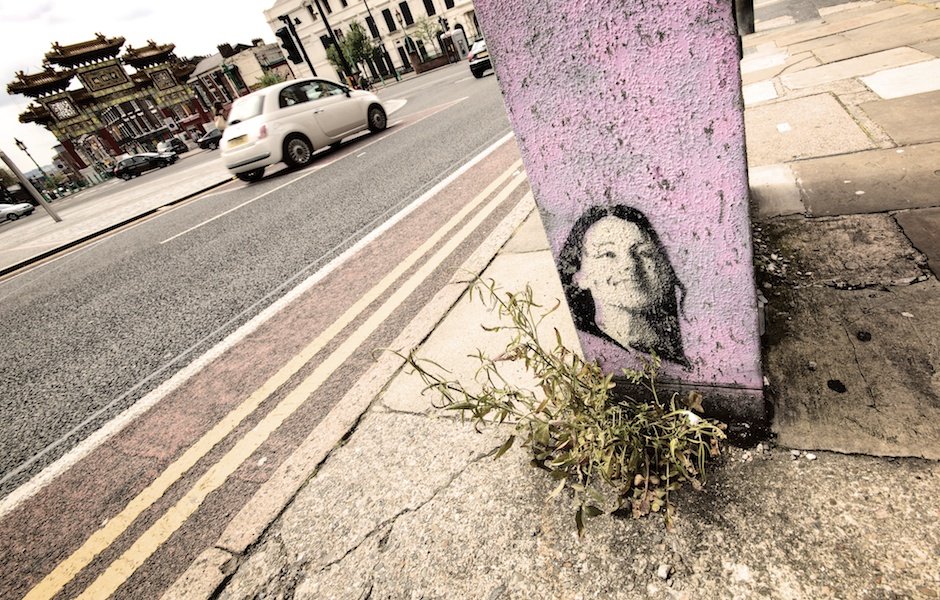 A little bit late as usual – looking back, I thought I’d had a quiet year photographically speaking but thinking about it I’ve achieved a fair bit – my first solo exhibition as part of Liverpool’s Light Night, featuring in my first book when my Banksy rat image was featured in a book about the graffiti artist and also my work was used in a national news publication for the first time when one of my images used in the New Statesman.  I also had my work featured in two magazines – my urban landscape work was included in a feature for Digital Photographer and I was interviewed for the new N-Photo magazine, dedicated to Nikon only news.

In terms of the photos I’ve taken, personal highlights include discovering the graffiti down Mann Street: 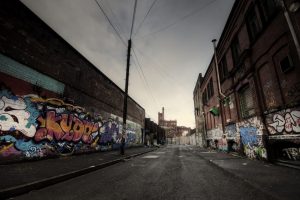 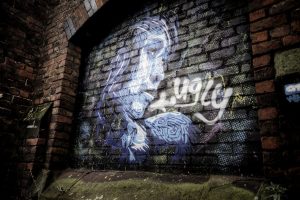 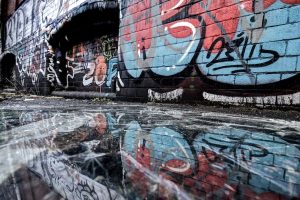 I’ve been taking photos of the graffiti on Grafton Street for years without knowing that there was a graffiti goldmine on the street just behind it.

The Sea Odyssey event in April was out of this world – a giant uncle, niece and dog strolling around the city for a weekend.  Liverpool is starting to specialise in this sort of event, having previously hosted the La Machine event where a giant spider roamed the streets as part of the Capital of Culture year but I think this topped that due to the story behind the event, linked in with the 100 year Titanic anniversary. 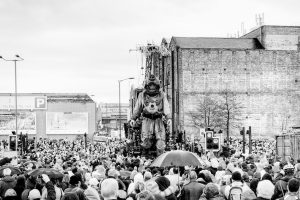 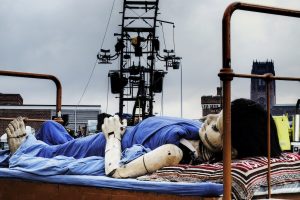 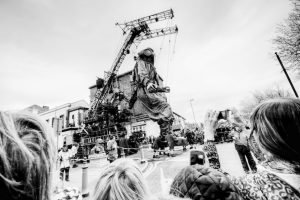 One of my photographic resolutions from the previous year was to try and get photos from places other than Liverpool and I managed that, capturing life on the Yorkshire coast at Bridlington, graffiti and pub life from Belfast and the architecture at MediaCity in Salford Quays. 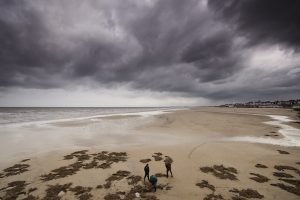 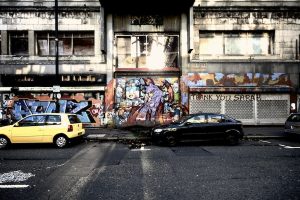 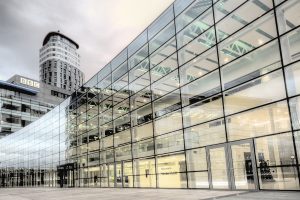 The Bridlington photo above led to the remaining standout highlight of the year, spending a day shadowing renowned landscape photographer Thomas Joshua Cooper as he took photos in the region. It completely revitalised my enthusiasm for and approach to photography, meeting someone who has achieved so much and with such dedication to his craft.

So that was my 2012!  Hopes and aims for 2013 are to kick on from what I’ve achieved in 2012, try and get my photography out in the world a lot more and to finally kick on with the ideas that have been kicking around in my head for days/months/years (pretty much the same as every other year then!)  Thanks to everyone who reads, comments and shares this blog – all the best for 2013!